(Various Texts on Theology, the Divine Economy, and Virtue and Vice, Second Century #51-59) 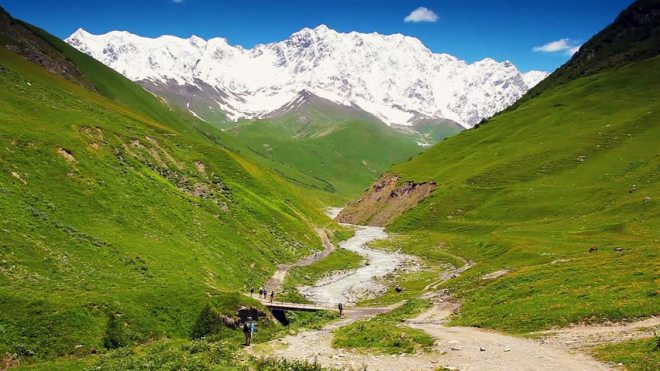 “Every valley shall be raised up, every mountain and hill made low; the rough ground shall become level, the rugged places a plain.” (Isa. 40:4)

St. Maximos alludes to Isaiah to remind us of the eternal hope of salvation.

Talking the talk without walking the walk is not adequate preparation for our soul. Performing virtuous actions for selfish, superficial reasons, while living a life of passion, will not prepare ‘the way for the Lord’ within us. We need, instead, to abstain from passions and live a life of virtue.

A foundational ingredient for our preparation is the acceptance of suffering.

In previous paragraphs, St. Maximos explains that if we limit ourselves to thinking only based on the senses, we cannot see beyond the surface and will fail to discern the underlying principles of material things. As a result, we cleave to pleasure and avoid pain. In time, we begin to perceive the sheer pursuit of pleasure and material rewards as good, and pain and suffering as bad. With spiritual knowledge, however, our vision extends beyond what is immediate and visible to what is eternal.

#34. By exercising “the power of discrimination associated with the soul which makes him cleave to glory of what is eternal as something good and avoid the corruption of what is transitory.

To prepare the valley of the soul, one must go beyond simply accepting pain to look at its inner principles and purpose and rejoice.

He who longs for the true life knows that all suffering, whether sought or unsought, brings death to sensual pleasure, the mother of death; and so he gladly accepts the harsh attacks of trials and temptations suffered against his will.

Acceptance is not passive, however, but transformative. Suffering is not a final destination or an end unto itself. By active participation and discernment, we must convert rough patches into smooth paths and springboards to a union with God.

By patiently enduring them he turns afflictions into smooth untroubled paths, unerringly leading whoever devoutly runs the divine race along them towards ‘the prize of the high calling’ (Phil. 3:14). For sensual pleasure is the mother of death and the death of such pleasure is suffering, whether freely chosen or not.

By overcoming “pain with love for spiritual knowledge, and through both virtue and knowledge, [a person] will see, according to Scripture, ‘the salvation of God’; and this will be his reward for virtue and for the efforts he has made to attain it (Isa. 40:4-5. LXX).’ “

Acceptance of sufferings requires self-restraint and dispassion. Suffering for most of us can ignite explosive anger, self-pity, jealousy, revenge and other destructive passions. Often, our lives veer off course in response to suffering as it becomes overwhelmed by rage, and driven by desires for revenge, praise, loss of faith or despair. Why add to sufferings the loss of your soul, St. Maximos seems to ask? Instead,

if a man has dedicated his intellect to the knowledge of truth, he will not allow unsought sufferings to thwart the ceaseless aspiration that leads him towards God.

“A person who suffers bitterly when slighted or insulted should recognize from this that he still harbors the ancient serpent in his breast. If he quietly endures the insult or responds with great humility, he weakens the serpent and lessens its hold. But if he replies acrimoniously or brazenly, he gives it strength to pour its venom into his heart and to feed mercilessly on his guts. In this way the serpent becomes increasingly powerful; it destroys his soul’s strength and his attempts to set himself right, compelling him to live for sin and to be completely dead to righteousness.”

This is how one prepares the valley to be filled with God. And “when such a valley has been filled with spiritual knowledge and virtue by the divine Logos…” then “He will walk in its paths.”

then all the spirits of false knowledge and evil are “‘abased’; for the Logos treads them down and brings them into subjection. He overthrows that cunning power which has raised itself up against human nature; He levels it as if it were high and massive mountains and hills which He uses to fill in the valleys. For the rejection of passions which are contrary to nature, and the reception of virtues which are in accordance with nature, fills up the valley-like soul and abases the exalted lordship of the evil spirits (Isa. 40:4. LXX).