Various Texts on Theology, the Divine Economy, and Virtue and Vice,  Fourth Century, 33-39 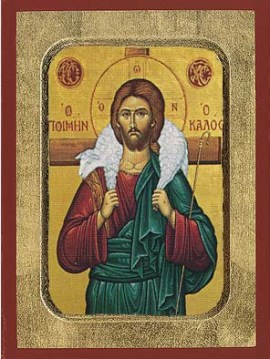 After the fall,  St. Maximos tells us, our human nature became impassioned. This was because we distorted and redirected the true longing for God that He implanted in our nature, and our capacity for experiencing pleasure in his presence.

Like all sins, this was also one of  misuse and re-direction. Forgetting about God, we gradually sought to fill the void of unfulfilled yearning through material things. Why wait and suffer if we can immediately feel good through new purchases, others’ praise, new clothes, a new relationship or a job promotion? And as our longing for God remained unfulfilled through material things, we begun to feel empty, anguished, depressed or obsessed with obtaining more and more of the same in the hope of eventual fulfillment.

By experiencing “pleasure in a way which is contrary to nature,” we cause ourselves pain.

While pain has its origins in the pursuit of pleasure for its own sake, this is not a linear, cause-and-effect relationship. Instead it unfolds along a continuous loop of correction and transformation. Pain becomes the remedy for our alienation from God. It can re-direct our longing toward Him and right our capsizing ship.

For God has providentially given man pain he has not chosen, together with the death that follows from it, in order to chasten him for the pleasure he has chosen.

The depth of the pain caused by the conversion of our natural longing for God to the senseless pursuit of sensual pleasure cannot be stressed enough. By diverting our course from God to sensible things we have, in essence, “freely chosen death of the soul.”  By using our free will to choose death over life we have corrupted our freedom of choice and, thus, our own human nature.

St. Maximos paints a vivid picture of our loss of true freedom and free choice, and our embrace of death rather than life.

The more we frantically pursue pleasure for its own sake and allow this pursuit to drive our lives, the greater the pain. The greater the pain, the more intensive the pursuit and the delusion that more of the same will assuage it. We are caught in an endless cycle like dogs chasing our tails. We are trapped.

For suffering naturally follows unnatural pleasure in all men whose generation has been preceded by submission to the rule of causeless pleasure.

St. Maximus distinguishes between “meaningless pleasure” that brings about the meaningless pain of dissolution and emptiness to the “purposeful pain… in the form of multiple sufferings.”

While meaningless pleasure brings about pain, purposeful suffering brings about joy—a true, lasting joy that unites us with God.

Sufferings freely embraced and those that come unsought drive out pleasure and allay its impetus. But they do not destroy the capacity for pleasure which resides in human nature like a natural law.

Paradoxically, it is dispassion rather than obsessive pursuit that allows us to experience true joy. Dispassion is born of virtue and not the pursuit of pleasure.

For the cultivation of virtue produces dispassion in one’s will but not in one’s nature. But when dispassion has been attained in one’s will the grace of divine pleasure becomes active in the intellect.

Like addicts, caught in this vicious cycle of pleasure-seeking followed by pain, we cannot escape without the intervention of Christ.

Once human nature had submitted to the syndrome of pleasure freely chosen followed by pain imposed against one’s will, it would have been completely impossible for it to be restored to its original life had the Creator not become man and accepted by His own free choice the pain intended as a chastisement for man’s freely chosen pleasure.

To save us, Christ turned the pain/pleasure sequence on its head. He did not suffer pain as a result of his pursuit of meaningless pleasure. On the contrary, he freely embraced a different kind of suffering—one that was unjust and undeserving– “first to destroy the ill-gotten pleasure and the justly deserved sufferings consequent on it and, second, to restore suffering human nature.”

Christ had to submit himself to this unjust suffering in order to break the cycle and thus free us “from the pleasure-pain syndrome ” and restore our nature by abolishing completely “the pleasure-provoked origin of human life and its consequent termination in death.”

In His love He deliberately accepted the painful death which, because of pleasure, terminates human life, so that by suffering unjustly He might abolish the pleasure-provoked and unjust origin by which this life is dominated.