Various Texts on Theology, the Divine Economy, and Virtue and Vice, Fourth Century #64-77

Have you ever experienced moments in which your life felt inauthentic? Thought 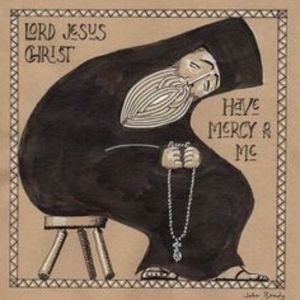 that there was a disconnect somewhere between your own stories about yourself and your actual experience of who you are?

St. Maximos delves into the reasons lives lived in the flesh are inauthentic. He uses the metaphor of deceit to give a different and even harsh perspective on the nature of sin and its effects on us.

Unless we fully live in Christ, he tells us, we experience the world only through our senses. This means that we are trapped on the surface of things, without ever grasping their true essence that lies beneath, hence leading inauthentic lives that have, tragically, become habitual.

St. Maximos provides broad and varied examples of deceit that plumb the depths of human psychology.

We deceive ourselves when we:

Deceiving ourselves and others is nothing short of death for our souls. Our goals of impressing, pleasing, controlling, winning or showing ourselves superior to others, even if met, are short-lived. We live lives of secret doubts of our worth and a sense of disconnect because, deep inside, we know there is a gap between our words and deed, fantasy and truth.

Deceit goes beyond pretense. It denotes limited lives, trapped on the surface of things, blinded to the true essence that lies beneath it.

Literal reading of the scriptures is an example of deceit because it skims the surface without understanding the true meaning. Such superficial reading registers mere words without uncovering their true essence by considering their context and the spirit in which they were written.  Reading the scriptures literally and superficially, will not extricate us from lives lived in the flesh:

When a man sticks to the mere letter of Scripture, his nature is governed by the senses alone, in this way proving his soul’s attachment to the flesh. For if the letter is not understood in a spiritual way, its significance is restricted to the level of the senses, which do not allow its full meaning to pass over into the intellect.

In the second Corinthians, Paul talks about the need to abandon the surface of worldly wisdom and rely on God’s grace to both write and read about the word of God.

We have done so, relying not on worldly wisdom but on God’s grace. 13 For we do not write you anything you cannot read or understand. And I hope that, 14 as you have understood us in part, you will come to understand fully that you can boast of us just as we will boast of you in the day of the Lord Jesus.

Union with God, St. Maximos has written, is characterized by simplicity. There is a lack of plurality because there are no longer contradictions among competing priorities and versions of the truth. We are now able to delve beyond the surface and discern the simplicity of the sole truth. Living only through the senses, however, is experienced in terms of plurality and fragmentation, hence, inauthenticity.

The senses belong to a single family but are divided into five individual types. Through the apprehensive force particular to each individual type, the deluded soul is persuaded to desire the corresponding sensible objects instead of God.

St. Maximos calls this state of mind “polytheism through each individual sense organ.” Unable to escape a life lived on the surface, we allow our senses to dominate the intellect and “propagate because in their slavery to the passions.”

Instead, St. Maximos directs us to search for the truth –”the illuminating principle of knowledge” — under the surface “through contemplation and the practice of the virtues.” He compares this to “the divine lamp” which we should place “on a lampstand – the Holy Church – beaconing to all men the light of divine truth from the summit of contemplation.”